While not officially part of the Young Manners Manual, these graphics nonetheless make explicit how teens should speak, and clothe the body; but like the Manual, the concern is not so much about spirituality, but something else: being fashion-wise.  The first is blithely cruel in its offering of stereotypes with portraits to match. 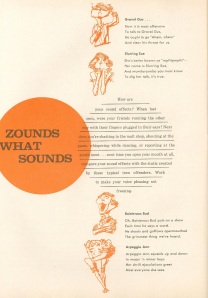 The second features not only some silly teens, but also Elaine Cannon (editor of the New Era section of the Improvement Era’s 1960s insert, and herself a widely read journalist at the time) at her best, when teen dress norms were less heavy-handed and a good deal more fun to read about.  Skinny jeans are now banned at BYU-Idaho? Why did we begin taking ourselves so seriously? 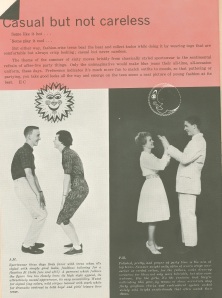