Thinking about some things, and so on, led me to add a few more writings to this final installment of the Cultural History of the Book of Mormon, volume five: Book Fantasia.  I am sorry I did not provide them earlier. 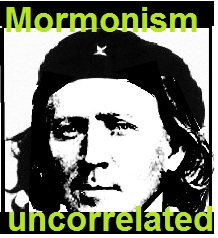 Third installment of the fifth volume of the cultural history of the Book of Mormon.  One more to go!

I don’t have any words of wisdom concerning or specific to recent moves by you-know-who, but can only draw on what I’ve written already.  Just a few notions I happen to subscribe to, generally:

It often is not as clear as false-true, fake-authentic.  It seems God will speak to us through our idols, as he did in the past.  Joseph Smith opens his church with this talk-about-talk.  But the True Speaker will often appear reluctant, should the audience worship the idol, rather than the voice and its stories.  When the idol’s voice no longer draws from living waters, as it were, it will spout out re-circulated waters, and attempt to impress by its synchronicity to popular tunes, its colorful lighting, grandeur of architecture, or other spectacles turned to during certain semi-annual conferences.  By re-circulated, we can also understand many things falling under the term “Restoration.”

There have been eager groups in times past, sincere and so on, seeking for Restorations (of powers of Godliness, of miracles, of…).  I would be reluctant to participate in a Restoration of Anything I wasn’t previously familiar with, or could verify by some independent means (a text, a map, a reliable, explicit supernatural being, etc.).  Something or someone must be really connected to that lost thing needing restoration, and I would prefer the more public evidence over the private and personal, when it comes to restoring houses, electricity, or life.  Dr. Frankenstein was a restorationist.  Private definitions are often the cause of trouble, particularly so when we are looking for something with a name, in the future, while hoping to understand it as we go along encountering it.  Anything potentially could be regarded as a Restoration, so long as we don’t really have definitions or specific notions for what is being restored, and what it ought to look like.  This takes us to the criteria of fruits…

What are the expected fruits, specifically, of some future-oriented cause or gathering?  And be careful that you don’t use a name as the fruit (e.g., Zion), when you can apply that name to whatever happens to come about (e.g., living in Utah, corporate bank-churches, etc.).  Also, private fruits should be linked to public ones, at least, that is what I consider my experience of “reality.”  This is not to say hopes, dreams, wishes, and so on are not “real,” only not quite as alive-real as other things, because they are not independent of our minds, and cannot be shared with or built by other interested persons.

Just because something extraordinary happens, this doesn’t necessarily mean what one might like it to mean.  Obviously.  I’m glad someone is willing to start up something new, and hopefully good, as well.  But, one of the commonest mistakes made is assuming one’s movement, church, community, non-church, or whatever, is the only sprout in the whole vineyard, the single last scion and great hope of Zion.  Perhaps this leads us to taking it too seriously, resulting in hard standards of behavior, growing lists of rules, pride, and a neglecting of other important matters.

Probably gods are busy planting many gardens.  Not every planting may be designed to bring about the One Fruit.  Sometimes gardeners plant flowers near other crops, like tomatoes, in order to keep pests distracted by their pleasing pheromones, vibrant colors, and so on.  But even in that case, the pests are nearer the tomato, I suppose, than they would be crawling about elsewhere.

I am grateful for readers who press on hoping to come to better understanding of their own traditions and scripture. It is often a difficult and lonely work, but you should know you are not alone, and that not only those among the living are interested in your endeavors.

The next book in our ongoing study of the cultural history of the Book of Mormon concerns how words shape our imagination and speculation of things intangible, e.g., spirits, gods, souls, atonement, sin, intelligences, and so on. We use words to speak of such things, and as a result, our thinking about them is shaped by words, grammars, syntax, history and culture.

This is for some the most difficult of the books, and for others, the most satisfying and stimulating.  We can agree it is the longest of the books, if measured by words.

Here is the first installment:

third installment of Volume 4A: What Dreams Have Come. Enjoy!

The second part of Volume 4A: What dreams have come, which continues our long debate between Nibley and his counterpart, Yelbin. 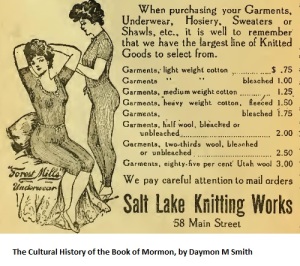